So far I haven't written anything truely personal on this blog, but I was asked a lot of questions recently, and thought the answers might be worth a post :)

First of all, thank you very much all of you for the massive amount of positive feedback regarding my new position! Being taken on in the Cloud Services team at Mozilla is definitely very exciting!

But that is not the only upcoming change: we moved from Toulouse to Barcelona! Combining several big life changes in a very short period can be stimulating, but it's undoubtedly anxiety producing!

I arrived in Toulouse 10 years ago, but feel like it was yesterday. Even though it was not continuous because I lived in Middle-East and South America meanwhile, Toulouse became my world, with close friends and a lot of memories.

Barcelona is the hometown of my partner, and the kids already speak Catalan.

I believe I am prepared for this, ready to forget about many little details, like french bakeries and fresh tap water, but I can already forsee many positive aspects of living in a sunny coastal metropolis :)

More than 4 years ago, I left Météo France to join Makina Corpus, a small company dedicated to Free and Open Source Software.

As a developer, it feels like I was born there! I discovered the interactions with communities, the art and subtleties of maintening software in the open.

I could really take advantage of the freedom we had within the teams. The atmosphere was geeky and acquisition of knowledge was permanent! Being professional, about code quality, method, approach and taste for sharing, all comes from there.

It was hence hard to leave and tear that apart, since I certainly could have worked remotely from Barcelona. On top of that, the main product I was working on is truely becoming a reference.

But the opportunity to join Mozilla represents a true aknowledgement and progression in the world of Open Source that one can't let pass by :) [1]

Mozilla has no offices in Barcelona yet, so I will be working remotely from a coworking space. Working at home is not my cup of tea: I'm addicted to cycling in the morning and self-discipline isn't one of my strong points anyway.

There are many (many) coworking spaces, and I was told there's a few other Mozillians down there... to be continued

The Cloud Services team is spread around the world, and interacting with people on several timezones (from San Francisco to Melbourne) will be completely new to me! This represents a couple of challenges, but I feel confident since the interactions are mainly focused on software, with the usual tools like IRC, Trello, Github or Bugzilla.

At Meteo-France or Makina Corpus, the fields of application were almost always very specific, and the number of simultaneous users was generally low. Most of the time, the challenges were about delivering some complex features, in a rather short period.

At Mozilla, scale and performance is the difficult task. I was used to take advantage of cache and optimizations techniques to handle long complex CPU-consuming processes, but now I will have to learn how to handle millions of small simple requests.

Likewise, authentication, cryptography and security aspects have never been crucial in my past experiences. But when you join an organization whose objective is to build solutions for a sustainable Open Web, data privacy is the key and nothing should be missed!

This part is a tentative to answer most questions I received so far :) 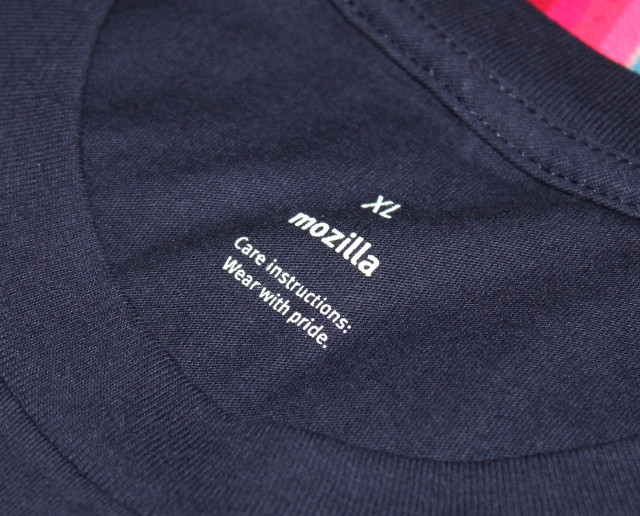 What was the recruiting process ?

For almost two years, we have been hacking on Daybed with Alexis and Remy, two members of the Cloud services team. We met several times, at various Python or Django conferences, and we let us understand that if a position would be available at Mozilla, we would be mutually delighted to work together!

At the end of the summer, we discussed it again, and the official recruitment process started! After several interviews, I received a proposition :)

Oh, so will you work on the browser ?

Yes, because most of the services deployed by the Cloud services team provide features to the Firefox browser (e.g. Firefox Sync, Firefox Hello, ...).

No, because I'm not likely to hack the C++ codebase of Firefox/Gecko, even though I could and would if it was necessary.

What will do in the Cloud services team ?

The team is in charge of various Open Source applications and libraries.

We basically build Web APIs that are used within Mozilla products. For the most famous:

Personnaly, I will participate at the maintenance of Firefox Hello services, and start some new projects in regards to remote data storage, like bringing cloud features to the reader mode.

Indirectly, I will of course bring some energy to the several underlying projects, such as Cornice or Circus.

How does Mozilla generate revenue to pay you ?

Basically, I am an employee of the Mozilla Corporation, which earns money from the search feature in Firefox, thinly augmented with donations and grants.

The key is how the money is spent, and this is what makes the Mozilla Corporation unique. Just read the Mozilla Manifesto: there is no other company in the world whose aim is to maintain the Web as a universal resource for the whole humanity!

Will you still use Chromium ?

I have been using Firefox since the 0.8 version, in early 2004. Before that I wasn't particularly attached to any browser on the market, even if Netscape and Mozilla were the ones I used most extensively at the University. From that date, I installed hundreds of Firefox, in many places of the world :) 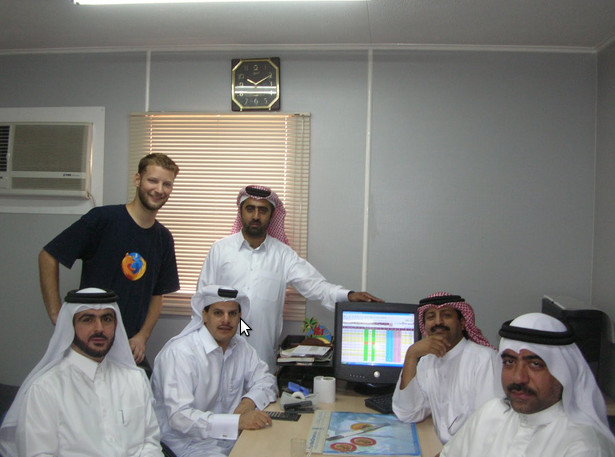 I remember that I started to use Chromium to get the web version of Tweetdeck, in 2011. A few months later I was working on a JavaScript project with offline capabilities, bound to WebSQL, thus not supported by Firefox. Chromium hadn't become my main browser yet. The next year, we started a cartography application with huge vectorial datasets. Chromium was like ten times faster at rendering massive amounts of SVG. And with time, I became addicted to the Chrome dev tools, from profiling to inspecting pseudo-elements. Firefox was not my main browser anymore.

I've started to use it back for daily stuff a few months ago, to decontaminate myself before the big day :) And I must admit that I like it so far! The developper tools have improved greatly, and it does not feel sluggish at all!

What does this mean for Daybed ?

Most Daybed contributors are now working together in the same team, and this is very exciting! Whether Daybed will become a true Mozilla project or not is totally unclear.

But it does not really matter, since the most important thing is the experience we've built together as a team on this project!

Daybed is still like a lab, where we can experiment stuff and build our vision of remote data storage.