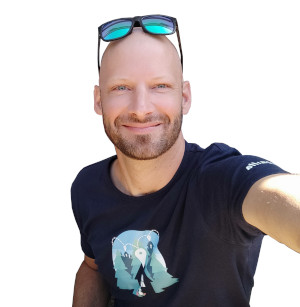 My name is Mathieu Leplatre, and this website is mostly about my profession: developer. I've been employed by the Mozilla Corporation since December 2014, and I'm currently located in Barcelona, Spain.

You can contact me by email (mathieu @ leplat . re). I'm also on Github and LinkedIn, but if you are a recruiter, please take some time to read about my values below before reaching out.

Simplicity
I find elegance in simple and plain solutions. Minimalism and frugality in the domain of technology is something attractive to me. And being simple also connects with being clear, transparent, and honest.
Sociability
From my experience, being social and happy leads to success. Not the opposite. I enjoy hacking alone on my laptop, but spending casual, relaxed, or fun time with people is essential for my productivity and creativity.
Decentralization
I value a world where horizontal cooperation is stronger than centrally made decisions. Even if it looks less organized and less efficient. The centralization of the Web around a few companies makes me sad.
Free Culture
I strongly support the copyleft movement, and the idea of freedom to use, study, and share content. I have been lucky to be able to publish all my work under Open Source licenses since 2010.
Healthy Technology
I am a big fan of humane technology, and want to participate in the fight against advertisement, addiction, and commercialism in general. I am not a big fan of wearables and connected devices.
Ecology
I need my professional environment to be as consistent as possible with the complex ecosystem of my values. This includes a variety of notions like sustainability, the respect of the environment, education, critical thinking, work–life balance, humanism...

I have had the chance to work with a variety of technologies, in very different contexts. This usually gives me some perspective to pick the relevant one.

Python
I first used to work a lot with Django, then Pyramid, but along the years I came to enjoy more minimalist approaches like aiohttp for micro-services. I mainly use Python for my tiny daily hacks.
Rust
I enjoy the expressivity, performance, and versatility of Rust. Shiping the same code base on the server, in the browser, or on mobile is just fantastic.
PostgreSQL
It is robust, performs well, and powerful. And easy to reason about. Most of the time, we don't need any specific database engine, especially with features like JSON(B) fields.
Frontend
Although I'm familiar with React and most of the moving parts around it (eg. redux, sagas, jest), I find the core ideas behind Svelte and Elm more relevant. TypeScript helps. CSS is fine, but not on Mondays.
GIS & Webmapping
For a few years I was working extensively with PostGIS and Leaflet. I really appreciate how Webmapping sits at the crossroads of databases, APIs, data representation, and aesthetics. What I learned to optimize apps in that context was extremely useful to then scale services at Mozilla.
Qt
The Qt framework allows me to build applications with nice GUIs that run everywhere. Using C++ is fun (in this context).
Linux
I have been a daily Linux user since Ubuntu came out, and I'm comfortable with running systems in production (Docker, monitoring, reverse proxies, load balancers, ...)

Check out some of my projects, most notably :